Marcel Breuer – Hungarian / German Designer and Master at the Bauhaus

“The origin of the modern movement was not technology, for technology was developed long before it was thought of. What the new architecture did was to civilise technology”, Marcel Breuer 1934.

Marcel Breuer was born in Hungary 1902. He studied at the Bauhaus, Weimar from 1920-1924. After graduating he became master of the furniture workshop at the Bauhaus until it moved to Dessau in 1925.

From 1928-31 he directed his own architectural practice in Berlin. He then spent a year in London. From 1935-37 he worked in partnership with F.R.S. Yorke as an architect and then as controller of Design at Isokon.

Emigrating to the USA in 1937 he then became Associate Professor at the School of Design, Harvard University until 1946. During this time, between 1937 and 1941 he shared an archictectral practise with Walter Gropius. 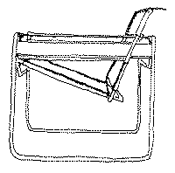 From 1946 until his retirement in 1976 he headed his own practice Marcel Breuer & Associates in New York.

Marcel Breuer was the first architect to produce furniture that was a valid machine product as well as aesthetically pleasing.

The bicycle industry had perfected the art of bending tubular steel without it collapsing. His designs were created for mass production by machines. He had broken away from the old style of furniture design and used geometric forms that were elementary and functional.