What is an Intrados? Ironmongery and Inlay?

Find the definitions and photos of Intrados, Ironmongery and Inlay.

Impost: The molding of a pier at the springing of an arch.

In Swinging Casement Window: Opposite of out swinging casement window. I.e. an inner opening window.

Incandescent or Tungsten Filament: Originally invented by Edison it is the most common bulb in use today. It consists of a glowing filament inside a glass bulb. 25-300 watts. Clear, pearlised or tinted glass, its close to natural light has a short life span and is not very efficient. It’s a good overall  or ambient light but not for special lighting effects.

Incise: To cut or carve stone or wood glass etc

Indent: a gap left in a course of brickwork between toothers to bond with future work.

Indian: (carpet) This is handmade carpet in an off-white color. The pile is looped and knitted into the backing. Quality carpets are very hardwearing. It is available in rug form or broadloom.

Indirect Heating: heating that may be central rather than from a direct source ie a fire or radiant heater.

Indirect Lighting: any lighting that doesn’t show the light source but lets the light reflect off another surface ie a wall or ceiling.

Inlaid Parquet: parquet flooring that is glued in blocks about Cm square onto a wood backing and then fixed to the floor. Unlike traditional parquet which is laid piece by piece to the floor. 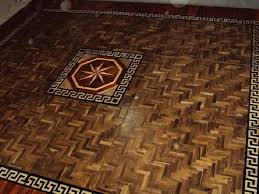 Inlay: This is the decorative technique of cutting schemes or patterns into timber with another timber or material to provide the contrast. The patterns are cut out of the base material to receive the inlayed material to produce the pattern. It is usually a flush surface finish.

Insulate: To protect a room from sound or heat usually by the use of an insulating material such as fiberglass or by creating a thermal or sound break in the construction. This can be done by having two layers of studs slightly offset in a row with the internal lining fixed to one and the external lining fixed to the other. This will stop any direct transference of sound vibration and also help stop direct transference of heat. Creating a gap or space between internal and external surfaces using air as the insulator.

Insulating Glass: double glazing or triple glazing sometimes with the space between panes filled with argon. 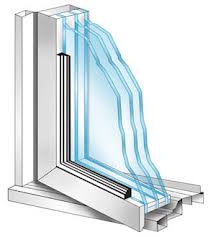 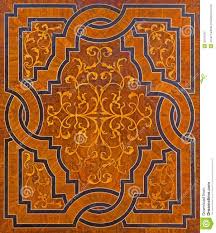 Intercolumniation: The distance measured in diameters between two columns. 1and a half = Systyle 2 =Eustyle, 2 and a quarter = Diastyle 3=Araeostyle This was named initially by Vitruvius with the ratios later assigned to them. Other intercolumniations are found in the Doric order where spacing is necessarily controlled by the triglyph-metope rhythm in the frieze. Eustyle is the most common i.e. 2 and a quarter. There are five orders Tuscan, Doric, Ionic, Corinthian and Composite. However the first and last are little more than varieties of Doric and Corinthian.There are different forms for the different orders e.g. Grecian Doric, Roman Doric, Tuscan, Grecian Ionic right up to medieval types.

Interlaced Fencing: Fencing made by weaving very thin boards between the rails or posts to give a woven effect.

Interlocked Grain: (timber) the layers of wood slope alternately in different directions i.e. slope one way in a series of rings then reverse their slope in the next growth ring.Internal Glazing: glazing on internal walls.

Intrados Soffit: the visible under surface of an arch or vault.

In-tumescent Sealant: liquids or solids inserted around a fire door that swell when exposed to heat causing the door to seal.

Ionic Order: This order which originated in Asia minor about the middle of the 6th century BC is distinguished by two main characteristics. The voluted capital and the presence of dentils in the cornice.

Iridescent Glass: Colored glass that has been coated with metallic oxides to create the ancient or antiqued effect. It gives a shimmering effect such as that used in the Tiffany lamps

Iron Oxide: iron oxides are used in pigments both man made and natural. Eg Venetian red (haematite) Magnetite(Fe304) or a mixture of oxides make black or purple pigments. The umber’s sienna’s and ochre’s are oxides or hydrated oxides of a yellow to chestnut color.

Isolating Membrane: An underlay or membrane between two surfaces. E.g. a damp proof course used to isolate the timber bottom plate from the concrete slab to stop transfer of moisture.

Find more design meanings and photos on this website.

If you need more information on design terms then please try using the search box below.